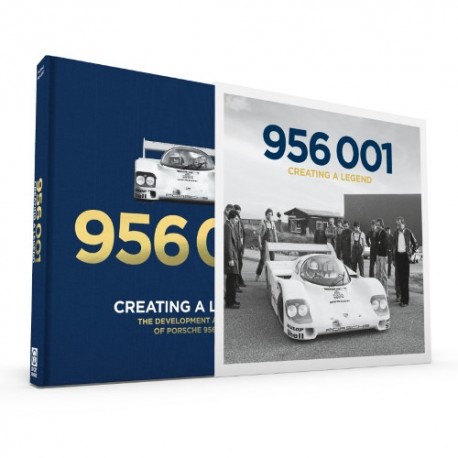 956 001 was the first drivable prototype and therefore the starting point for over 100 examples of the 956/962. The book Porsche 956 001 – Creating a Legend, soon to be published by Sportfahrer Verlag, is a lavish English-language monograph on this car that describes its history in detail. From the initial considerations for the Group C rules through the testing phase, its limited race outings, the later use as a technology test car and the owner history, no significant aspect of the car’s existence has been forgotten.

A number of important people were interviewed, including Peter Falk, Norbert Singer, Valentin Schäffer and Jürgen Barth. There are also valuable insights from Derek Bell, one of the most important factory drivers of the 956 era.

Adding to the book is the reproduction of numerous records from testing and other original documents that help convey the complexity of the car’s development.

The book boasts a modern layout and is beautifully illustrated. The photos, some of them in large format, show the development, testing and race history of 956 001 and document the technical details of this one-of-a-kind car.