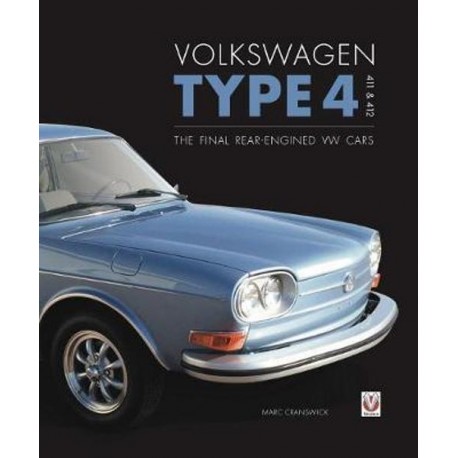 What kind of car is that? It looks like a big Beetle! If ever there was a car in search of a context and market, it was the VW Type 4. Volkswagen's first foray into the upscale sector brought engineering innovation to Wolfsburg. It also tried to convince worldwide buyers that VW still had the right stuff. With design origins in the Porsche consultancy, the signs were hopeful. However, globally, the automarket was rapidly changing.

The VW Type 4's portfolio ran to unitary construction and fuel injection, but had to face fancy competition from Detroit's European subsidiaries. All the while, VW was searching for its future road, and faced challenging developments. The fuel crisis and Japanese competition in North America kept the pressure on at Wolfsburg.

Could the VW 411 and 412's solid traditional virtues carry the day? Then and now the Type 4's unbreakable VW quality, and flat out sustainability, appealed to air cooled devotees. The 411 and 412 brought a new dimension in comfort to VW, and its hardware design was utilized by the air cooled clan both on and off road. The Type 4 even had a sportscar connection, and never lost the power to surprise.