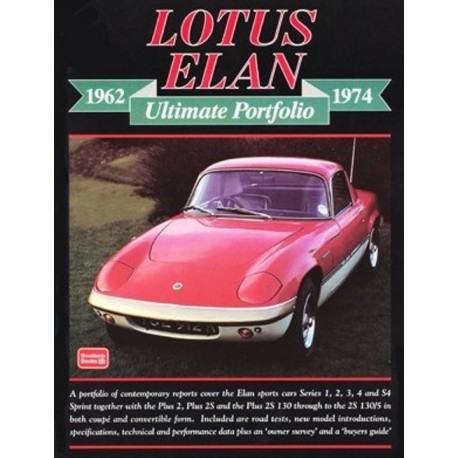 The Elan was built on a backbone-type chassis, to which was added a GRP body shell, which was strong enough to pass the tests demanded by the new US regulations in 1968. It had disc brakes all-round and the famous 1558cc twin-cam Lotus engine in various states of tune. The original S1 introduced in 1962 lasted until 1964. The S2 had bigger front brakes and centre-lock wheels. The S3 from 1966 had electric windows and a close-ration gearbox option. This series also brought the SE model with more power. The S4 came in 1968 with wider wheel arches and the 128bhp Sprint came in 1971. This is a book of contemporary road and comparison tests, technical and specification data, new model introductions, driver' s impressions, racing, history. Models covered include: - Series 1, 2, 3, 4 & S4 Sprint, Plus2, Plus 2S.