> Sport Automobile>Formule 1 et Monoplaces>SHADOW : THE MAGNIFICENT MACHINES OF A MAN OF MISTERY 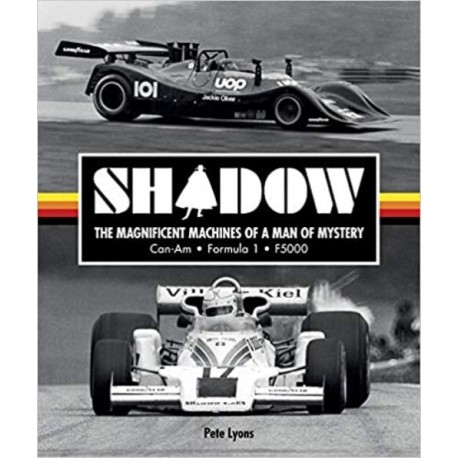 SHADOW : THE MAGNIFICENT MACHINES OF A MAN OF MISTERY

Enigmatic American Don Nichols, D-Day paratrooper, Army counter-intelligence officer and controversial entrepreneur, went on to create a racing marque that seems as cloaked as the man himself. Shadow was the only US-based team to win a Can-Am championship, and one of only three to score a victory in Formula 1. Yet history lavishly celebrates his nominal rivals Dan Gurney and Roger Penske, while Nichols has long remained, yes, a shadowy figure — despite staying the difficult international course far longer, for 11 racing seasons, 1970 to 1980. But at last Pete Lyons, who was there in the day, lifts the veil from this secretive man and the innovative, extraordinary, magnificent racing cars and world-class team he created.’