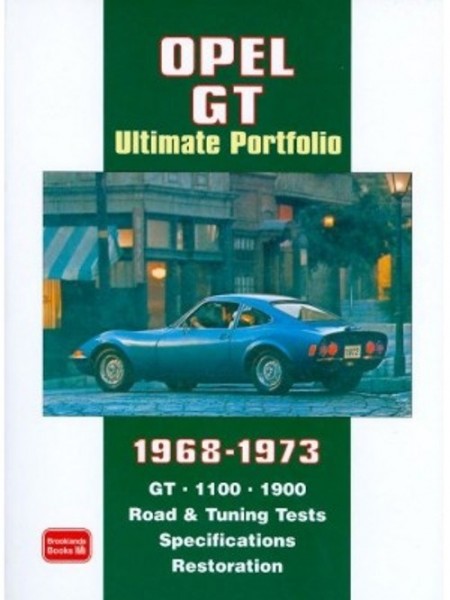 Until the 1960s Opel had an image of ordinary middle-class reliability, so GM imported from the US designers and engineers to give the Germany company a change of image in an effort to improve sales. The results were a series of show specials, one of which became the Opel GT which made its debut in 1965. It was perceived as a European Corvette, a high-performance two-seater with dramatic styling to make an impact. The first small-engined models were not a success, but the larger engined 1900GT proved to be much more like it, however. Nevertheless, the Opel GT was never a very big seller and in 1973 the manufacturers withdrew it from the market. The articles in this collection show that Opel GTs appeal to a wide variety of enthusiasts today and also accurately reflect the way it was seen when it was new. The story of Opel's stylish & practical GT is told through 57 international articles. Reported on is the coupe, fitted with both 1100 and 1900 engines. Included are road, service & comparison tests, new model intros plus features on selecting, restoring & maintaining a GT.