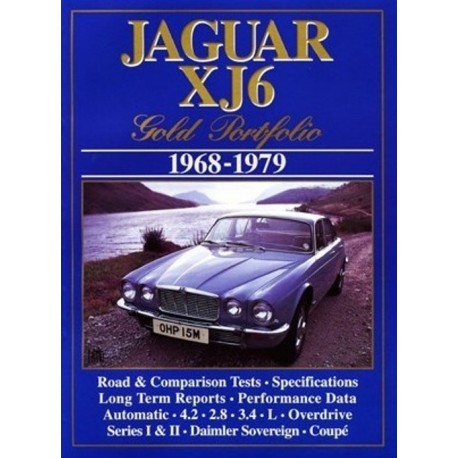 Replacing the 420G saloons, MkIIs and S-types the XJ6 became a world standard for refinement and luxury. The Series I lacked rear legroom and the 2.8-litre engine acquired an unfortunate reputation. The long-wheelbase XJ6L was announced in 1972 and became standard on the Series II cars. The 2.8-litre engine was replaced by a 3.4-litre while the short-wheelbase came back in 1973 under the two-door coupT XJ6C. Due to poor relations in the British motor industry in the mid to late-seventies quality suffered appallingly with the result that there are good and bad examples of Jaguar XJs from this period. This is a book of contemporary road and comparison tests, technical & specification data, new model intro's, long-term tests, buyers guide. Models covered include: 2.8, 4.2, 3.4, Daimler Sovereign, Daimler 4.2 Auto., Series II 4.2, XJ6L, XJ6C, XJ12C, Convertible.