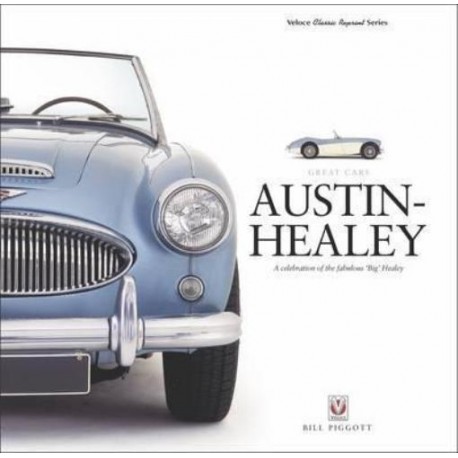 AUSTIN HEALEY - A CELEBRATION OF THE FABULOUS BIG HEALEY

The Austin-Healey ("Big" Healey) is one of the iconic British sports cars: the first Austin-Healey 100 model was unveiled at the 1952 Earls Court Motor Show, and when the last car rolled off the production line in 1967, over 73,000 examples had been built. The four and six-cylinder Healey 100s and the later 3000 model were masculine 'hairy chested' sports cars in the best tradition.

This edition is designed to appeal to all fans of British sports cars as well as to Austin-Healey owners and enthusiasts. The book features the complete history of the car; period and modern colour photographs; and production figures and specifications.

This is a reprint of Bill Piggott's first Austin Healey book, although he has subsequently written two others, with a third being prepared.