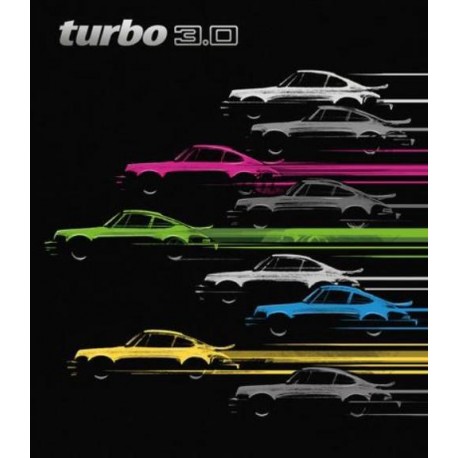 The mid-1970s were dark times for the automotive industry, and darker still for those passionate about high-performance cars. Manufacturers worldwide, struggling to comply with new emissions and safety regulations, were finding it difficult to produce cars capable of delivering a satisfying driving experience. With one or two exceptions-very expensive models built in minute quantities-none did. The cars produced in these years were at best compromised; most were simply dreadful. The OPEC oil embargo had just turned everything upside down while safety and emissions standards were strangling performance and stifling innovation from manufacturers. It was an atmosphere of complete and utter despair, as though all had been lost. Then-out of nowhere-Porsche dropped a bombshell, announcing a turbocharged series production supercar that not only met regulatory requirements but also delivered blistering performance. The 3.0-liter Turbo was an instant sensation, inspiring enthusiasts from every corner of the world and offered hope that perhaps there was still a future for performance cars.

The second Parabolica Press title, Turbo 3.0 continues the theme of being carefully researched using the Porsche archives, private collections, period documentation and intensive study. In an attempt to cover everything an owner, restorer or enthusiast would want to know about the dawn of Porsche's turbocharged supercar, Turbo 3.0 includes a considerable amount of material never before published: comprehensive discussions of original options, close-up photos of key details, scenes from factory production, coverage of special one-off models and period motorsports. This is the definitive book about Porsche's immortal 3.0-liter Turbo and it is essential reading for anyone who has ever owned, driven or simply lusted after the first supercar of the modern era.