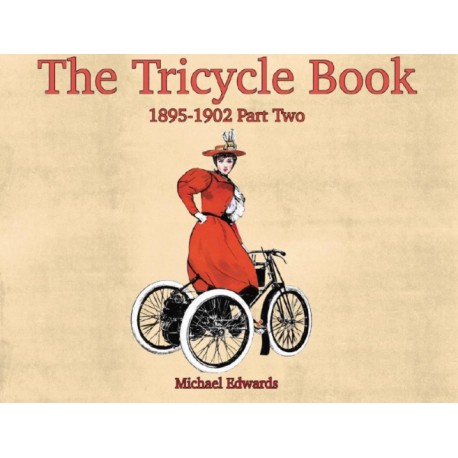 The Tricycle Book, Part Two continues the story from a purely British perspective. ...

Last November, the first of of The Tricycle Books was published.

It covered the earliest technical development of motorised tricycles and quadricycles in France, their racing exploits, the role of De Dion Bouton, and provided a narrative of activity in Europe where more than 60 manufacturers and engine builders contributed to a frenzy of activity.

The Tricycle Book, Part Two continues the story from a purely British perspective.

A number of factors, including restrictive legislation, a conservative reaction to new transport, an energetic attempt to impose a monopoly, and the highly dubious activities of company promoters (all of which are covered in this work), all served to delay the launch of home-produced machinery.

When the shackles were removed, barely two years before the turn of the century, the quality of the vehicles produced, and especially those from Humber and Ariel, rivalled anything from mainland Europe.

All of the major brands, including Beeston, Humber, Ariel, MMC, and Royal Enfield are covered in detail, along with, the smaller producers, notably Progress, Riley, Dennis, Alldays & Onions, and Swift. Singer, Slinger and Quadrant are included as the final flowering of these machines that were based essentially on the pedal cycle.

The development of the industry was as much about the entrepreneurs and the engineers as it was about their machines, and the contributions of Edward Butler, John Henry Knight, James Roots, Herbert Austin, Harry Lawson, E.T. Hooley, Harvey du Cros, Thomas Humber, Thomas Rucker, George Iden, E.J. West, the Riley family, and Charles Friswell, are all assessed.