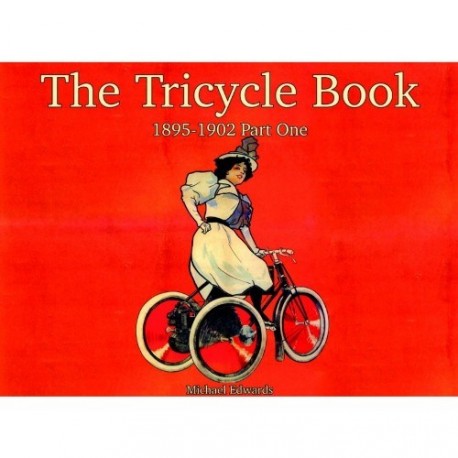 The tricycle was the first lightweight motorised vehicle developed for daily use. For experienced travellers, doctors and men of commerce who would not take their horses more than 20 miles in a day, there was the opportunity to cover the same distance in an hour. The tricycle was the original racing machine whose average speed increased from 16mph in 1897 to more than 60mph by 1902. Fifteen years earlier, the bicycle had opened up new frontiers for many, and the tricycle added excitement in great measure, at considerably less effort.

Many individuals and companies can lay claim to playing a role in establishing the foundations for the motor industry, but none would dispute that the Comte de Dion and Georges Bouton designed the engine and ignition, carburettor and overall configuration that essentially transformed the basic three-wheeled pedal tricycle into a motor vehicle, and made it and its component parts available across Europe. Many of the manufacturers that De Dion Bouton supplied essential components to have long since receded into history, like the company based at Puteaux, but for others, it set them onto a road of success and prosperity.

The narrative of the evolution of the tricycle and its short-lived successor, the quadricycle, cannot be told simply by reference to De Dion Bouton. For this reason, The Tricycle Book 1896 – 1902, De Dion Bouton and its Contemporaries, sets out to paint the picture of activity in Europe, encompassing more than 40 manufacturers and engine builders, including Aster, Clement, Darracq, Marot-Gardon, Peugeot and Renaux from France, and Ariel, Brown Brothers, Dennis, Riley and Singer from Great Britain, as well as others from Belgium, Germany and Italy.

The Tricycle Book will be of interest to all motor car and cycle enthusiasts with an interest in those vehicles, brands and people that were the genesis of motorised transport.