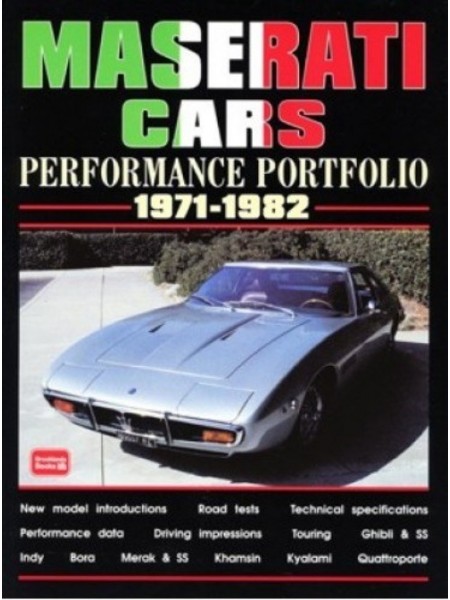 The 1970s were turbulent times for Maserati. At the beginning of the decade, the French Citroen company obtained a financial stake in the old-established Italian motor manufacturer. For a time, all looked promising as Citroen influences began to affect Maserati models and the Italian company developed a new V6 engine for its French ally's new SM high-performance GT car. But by 1975, it was all over. Restructuring at Citroen led to the abandonment of the SM and to a plan for Maserati to go into liquidation. Fortunately for Maserati fans, it never happened. The company was bought jointly by Alessandro de Tomaso and an Italian industrial combine, and de Tomaso set about putting it back on its feet, inspiring its new Kyalami model which married Maserati's long-serving V8 in 4.9-litre form to a structure derived from the Longchamp once built by his own car company. The Maserati models of the 1970s built on the more global success of the Indy in the late 1960s. The Bora, Kyalami and later-generation Quattroporte were V8-powered, while the V6 developed originally for Citroen was further developed and put to good use in the Merak. The Bora had the distinction of being the company's first road-going mid-engined car, although conventional front-engined layouts were in order for models such as the Khamsin. But it was time for Maserati to take the next step - into something approximating mass production. Models covered: Ghibli, Bora, Indy 4.2, Indy 4.7, Ghibli SS, Merak, Khamsin, Merak SS, Kyalami & Quattroporte.