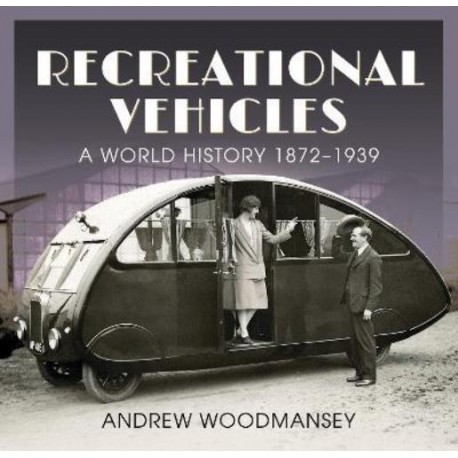 Has there ever been a stranger idea in the vehicle world than putting a house on wheels and taking it on holiday? However odd it may seem, it's an idea that has caught on. Today there are 15 million recreational vehicles, or RVs', on the roads of Europe, the USA and Australasia. So how did this fascinating family of vehicles come about? Who were the first recreational nomads, what made them want to take to the road just for pleasure and what did the first RVs look like?

The wild ideas of RV pioneers around the world led to both streamlined successes and spectacular failures. This history beautifully illustrates the vehicles and exploits of the early RV mavericks with over 250 period photos of the vehicles, their builders and their owners. It explores the evolution of the RV from its horse-drawn roots through the steam era to the golden age of 1930s caravans and motorhomes. Many rare photos of early RVs were uncovered during the research for this book and are being published for the first time. These photos shed new light on the history of the RV.

The RV family is a global one, with six countries in particular having a strong RV heritage - the UK, USA, France, Germany, Australia and New Zealand. In a world first, this history compares the early evolution of RV design and usage in each country. Also featured is an international gallery of RVs adapted for non-recreational purposes. By portraying not just the vehicles but also the trends, people and fashions of the period, this unique RV history reveals the remarkable early days of transport-based tourism and leisure. Andrew Woodmansey's engaging account of the early days of the RV will appeal not only to RV enthusiasts but also to anyone with an interest in how vehicles set us free to roam the world.