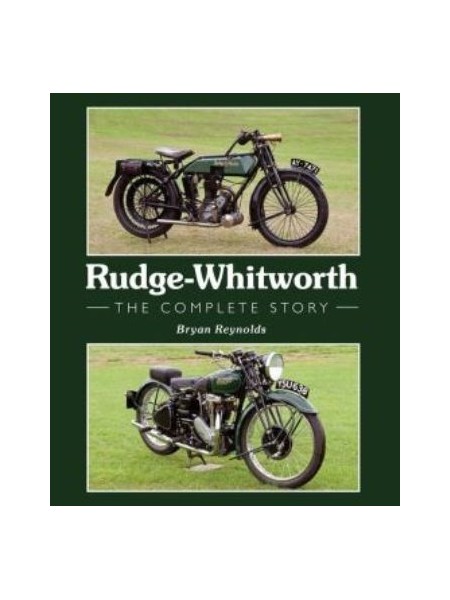 A history of the Rudge-Whitworth cycle and motorcycle company, from the late 1800s to the 1940s, including full production histories of the motorcycle models. Topics covered include: the origins of Rudge-Whitworth, from Daniel Rudge's early bicycles, to the Pugh family merger; the expansion into motorcycle production in 1909, with the 'M' prototypes and 'F'-head engines; the invention of the Rudge Multi gear engine in 1912, and a subsequent Isle of man win in 1914; the innovative 'Rudge Four' engines, with four parallel valves per cylinder; the 'Python' models - Rudge equipment used by other manufacturers, including in Enzo Ferrari's Scuderia Ferrari, and finally the post-war slump and a move to EMI, with later attempts to revive the Rudge name. With hundreds of original photographs, Rudge-Whitworth - The Complete Story is an ideal resource for anybody with an interest in the world's largest cycle and motorcycle manufacturers of the early twentieth century.