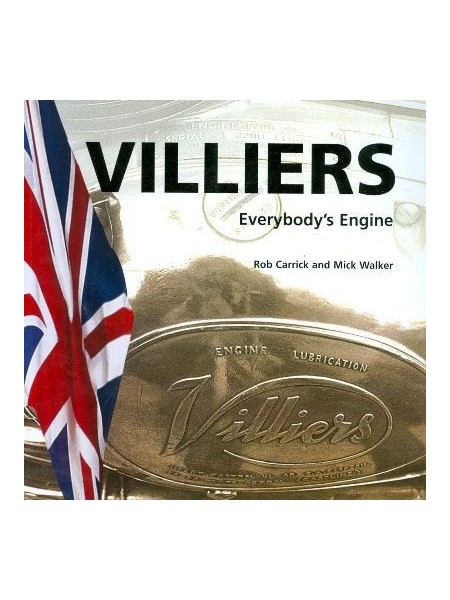 This book sets out to record the amazing achievements of a real British industrial empire, the Wolverhampton-based Villiers Engineering Company; spanning over 100 years of production, from the original cycle business to the final sell-off of the remaining industrial engine arm at the beginning of this century.
The first Villiers engine arrived in 1912 and during the great years of the British motorcycle industry many products were Villiers-powered. But it didn't stop there as Villiers also sold its products to manufacturers world-wide.
The list of Villiers engine users is truly immense, and as far as motorcycles are concerned its like a who's who, with names including AJS, Ambassador, Cotton, Coventry Eagle, DMW, DOT, even Triumph and Vincent HRD.
Rob Carrick and Mick Walker have also included many of the other British two-stroke engines available in the period, such as Alpha, AMC, Anzani, Excelsior, JAP, RCA and Royal Enfield.
Villiers Everybody's Engine is a wonderful, informative piece of British industrial history.