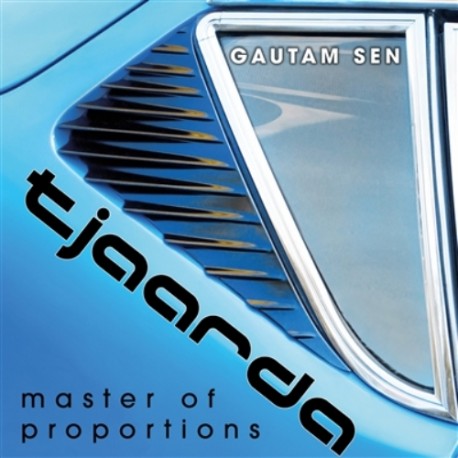 A design hero for all generations of automotive enthusiasts, American legend Tom Tjaarda was a designer whose name and fame is synonymous with marques such as De Tomaso, Ferrari, Fiat, Ford, Innocenti and Lancia, which include models such as Pantera , Deauville, Longchamp, 124 Spider, 365 California and the Fiesta.

Brought up in America when the American Dream was beating out its rock ‘n’ roll rhythm, Tom Tjaarda came to live and work in Europe while the cultural revolution was in full swing. He ha d the privilege of a ringside seat during the most exciting times, finding himself at the heart of the most intense of automotive styling activities in the Mecca of vehicle design, Turin.

Even though Tom Tjaarda may not have designed as many cars as other prolific designers, the American’s influence and importance in the history of automotive design, specifically in the second half of the 20th century, is almost unbeaten. Tjaarda, with his charming, accessible personality and good humor, remains one of the most popular design legends of all times. Tom Tjaarda: Master of Proportions is a comprehensive look at the life and times of a design giant, and features all his automotive, as well as his non - automotive, designs.