> Design>THE CELLINI OF CHROME - THE STORY OF GEORGE W. WALKER 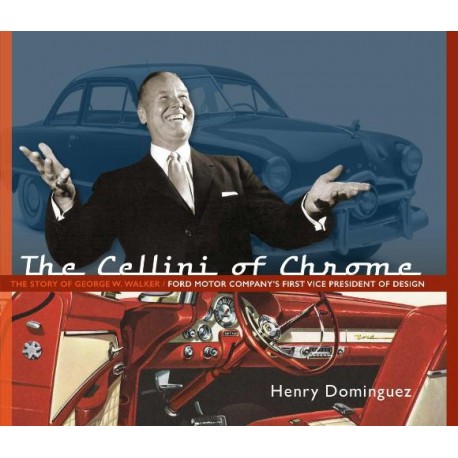 THE CELLINI OF CHROME - THE STORY OF GEORGE W. WALKER

In the same flamboyant vein as other design greats such as Harley Earl, Gordon Buerig, Vergil Exner, Raymond Loewy and William “Bill” Mitchell, Walker developed the standard for key Ford Motor Company Products for the 1950s and ‘60’s. Beginning with the enormous success of the 1949 Ford, George became the catalyst for the iconic appearance of Ford, Mercury and Lincoln models, elevating Henry’s company to one of the all-around best-selling Automotive operations in the World.

With a personal history anything but bland, his elegant style of dress, appeal to attractive women, signature winning smile, and willingness go toe to toe with industry giants such as Henry Ford II (“The Deuce”) and other top executives, Walker made himself a key figure in the highly competitive environment of mid-20th Century automotive design.

His story is a must for any automotive enthusiast looking for an inside view of how the stylistic character of Ford products was created by Walker and his associates.