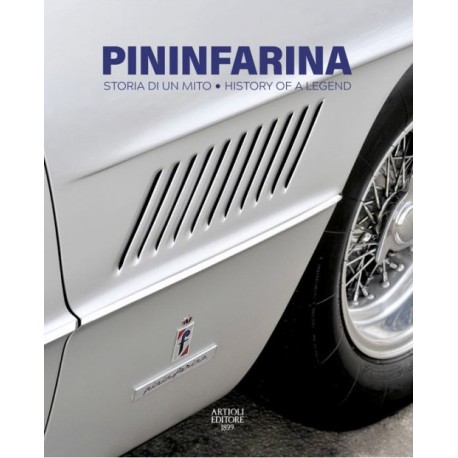 A widowed and childless aunt played a notable role in the creation of 'Carrozzeria Pinin Farina'. In 1930, she gave a million lire to her 37-year-old nephew Giovanni Battista 'Pinin' Farina, who had demonstrated excellent skills working in the body shop owned by his older brother. With that capital, 'Pinin' started his own business, and quickly establishing himself for his creative genius and personality. With a spirit worthy of a great Renaissance artist, since the 1930s he has distinguished himself in establishing the success of Italian style in the world. Among the most important steps, the creation, immediately after the war, of the Cisitalia 202 Berlinetta, which totally influenced the style of sports cars, so much so that it earned a permanent place at the 'Museum of Modern Art' in New York.

A fascinating story, in which the artistic genius of the founder dominates, finding a worthy follower in his son Sergio, an engineering graduate, in the tradition of the typical Pininfarina philosophy: always innovative style and industrial development, at an unusual level for the sector.

A prestigious growth, unfortunately halted by the world economic crisis of the second decade of 2000, but which the engineer Paolo Pininfarina (3rd generation) controlled until it joined the giant 'Mahindra' group for a complete relaunch. In the history of the Turin workshop, the search for style and good taste have always come before pure financial interests. The number of cars 'dressed' by Pinin and his heirs (over 600 in just over 80 years) is surprising, but the overall quality level, which has never been compromised, is even more so. A true gallery of the best Italian style designed for brands with the most varied of traditions, for which Pininfarina has always chosen the right proposal. In addition to the numerous one-off pieces, which have often formed part of the history of the automobile (for example, the Ferrari 375 MM 'Berlinetta Speciale' for actress Ingrid Bergman), there are also cars produced in series by the most important manufacturers or by Pininfarina itself. Like the Lancia Aurelia B20 and B24, the Alfa Romeo Giulietta Spider, the Fiat 124 Spider and 130 Coupé. And it deserves a chapter all to itself, the sequence of Ferraris with the Pininfarina brand (over 160 models!), in many cases produced with the important contribution of Sergio Scaglietti's body shop in Modena. And within the history of Pininfarina-Ferrari, an even smaller but highly prestigious chapter, linked to the four special models created exclusively for the ‘Avvocato’ Gianni Agnelli.