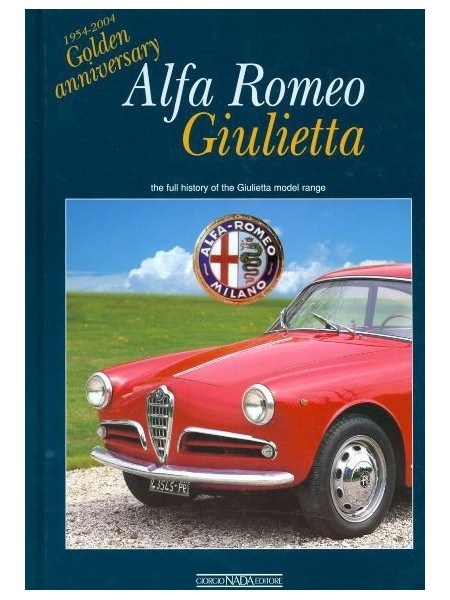 One of the most prestigious Italian cars, the Alfa Romeo Giulietta, is 50 years old. The first in the series appeared at a special preview in Valentino Park, Turin, during the spring of 1954, before being officially unveiled at the cityâs motor show that same year. Angelo Tito Anselmi, one of the sectorâs authoritative historians, devoted a book to the car that contained a wealth of photographs, designs and manufacturerâs official documents, a work that was completed with a list of all the Giuliettaâs victories between 1955 and 1965, as well as the chassis numbers of each series.

This book comprises fundamental reference material, which is indispensable to all Alfa enthusiasts, and now becomes available - on the occasion of its 50th Anniversary - in the English language edition.