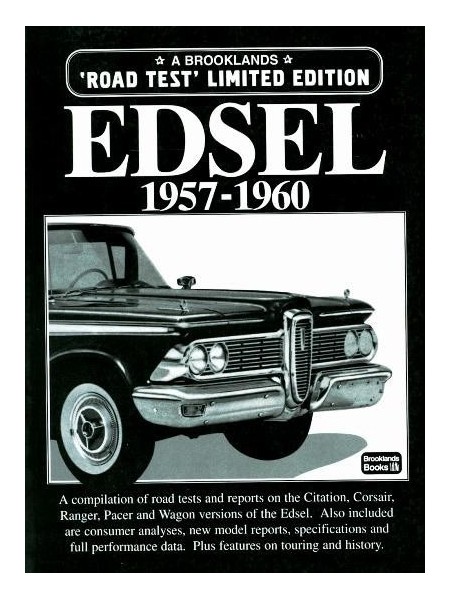 Ford set out to capture the middle market from General Motors in the mid-fifties giving rise to the Edsel. Built on the same assembly lines as the other Ford cars, the build quality suffered and the cars were delivered to dealers with many faults. There were no less than 18 models and a somewhat quirky body design. The Edsel was introduced in 1957, and in 1958 the US economy nose-dived, hitting that section of the market worst. Redesigns in 1959 and 1960 were no help. Now, however, the car is collectible and fun to drive. This is a collection of contemporary road tests, technical data, engineering driver's reports, consumer analysis, history. Models covered include: Ranger, Citation, Station Wagon, Pacer, Corsair, Economy Six, Express V8.