> CRYSTAL PALACE SPEEDWAY A HISTORY OF THE GLAZIERS 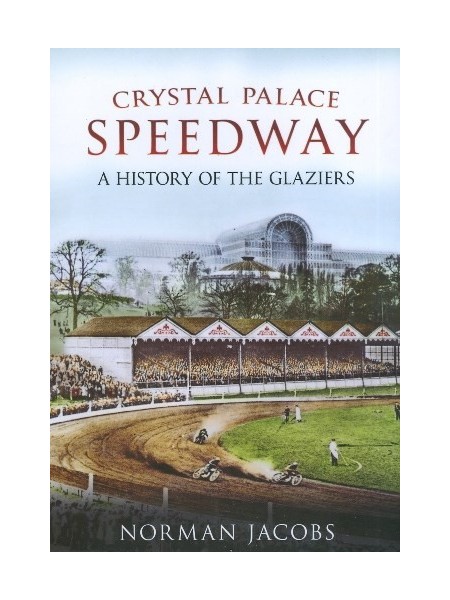 CRYSTAL PALACE SPEEDWAY A HISTORY OF THE GLAZIERS

The brand new sport of speedway was unleashed on an unsuspecting British public for the first time in February 1928 at High Beech, causing a major sensation. It was the age of speed; watching these latter-day gladiators hurtling round the track at impossible angles, spraying flying cinders behind them, handlebars almost touching and seemingly on the verge of crashing at every corner sent a thrill through even the most hardened spectators. Two very astute businessmen, Fred Mockford and Cecil Smith, saw the moneymaking potential right away. On 19 May, just three months later, they opened up a track in South London in the grounds of the old Crystal Palace. This new track became an instant success and soon witnessed some of the finest riders of the era - Ron Johnson, Roger Frogley, Triss Sharp and Tom Farndon - donning the orange and black Crystal Palace colors. Sadly, Mockford and Smith were forced to move operations to New Cross at the end of 1933, and although speedway returned for a brief final fling in 1939, the glory days were over. Written by respected speedway historian, Norman Jacobs, this book brings to life a very special period in the history of speedway, with larger-than-life characters, anecdotes, gossip, facts, figures and many previously unpublished photographs.