> THE BOOK OF THE CLASSIC MV AGUSTA FOURS 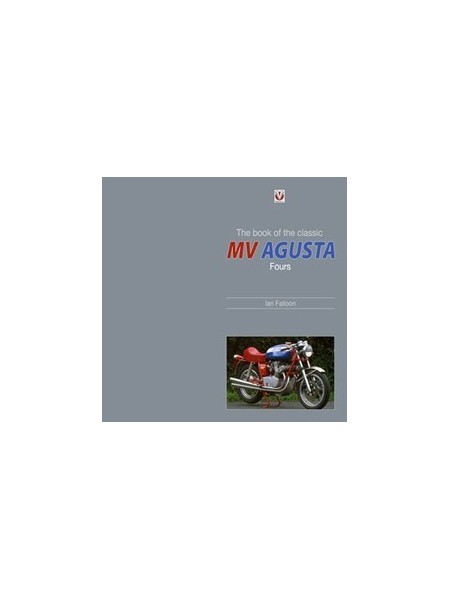 THE BOOK OF THE CLASSIC MV AGUSTA FOURS

MV Agusta’s classic four-cylinder dominated Grand Prix racing for a decade from 1956. When it was replaced by the new triple in 1966, Count Agusta decided to make the Four available in limited numbers as a production bike. To prevent privateers converting it into a Grand Prix racer that may embarrass the factory, he stipulated it should be 600cc and have shaft final drive. The touring 600 eventually evolved into the 750 Sport and GT, and finally the America, but MV Fours were always built in extremely small numbers. As befit an engine that handed multiple World Championships to John Surtees, Gary Hocking, and Mike Hailwood, the technical specification was staggering, and remains so to this day. This magnificent engine was always at the heart of the MV Agusta, and it was this engine that created and sustained the legend.