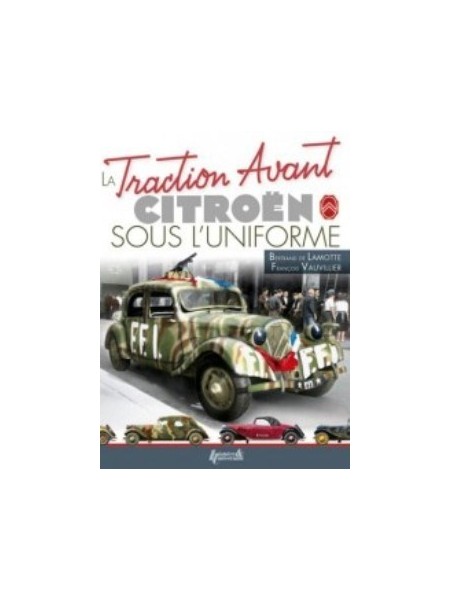 Built in 1934, André Citroens legendary car had a rich and stunning career due to the events which plunged the world into war five years later. Thousands of them joined the French Army during the Phoney War then went through the trials and tribulations of war.

Very much in spite of itself, the Traction (front wheel drive) changed sides and the Germans, who had a particular taste for it, used them all throughout Europe. By the end of 1942 it was once again serving under French colors, this time engaged successfully in the Tunisian Campaign, appearing there in strange armored versions. Then it was the Liberation of France, the time of the Maquis, white stars and the three letters FFI which proliferated all over the bodywork. Citroens marvel became one of the symbols of Frances rebirth.A complete visual epic using exceptional documentation: 250 period photos, plus more than 25 color profiles showing authentic military markings. THE book all Citroen Traction Avant buffs and all amateurs of automobile and military history have been waiting for.