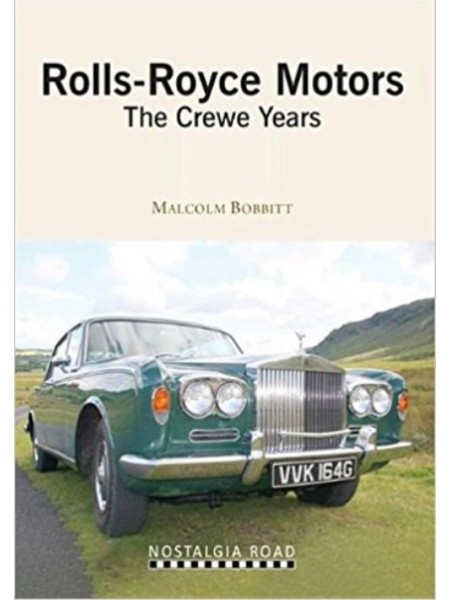 Having constructed a factory at Pym's Lane in Crewe in 1938 in which to build its aero engines, Rolls-Royce immediately became synonymous with the Cheshire town. It was there that Merlin and Griffon engines, destined for aeroplanes as famous as the Hurricane, Spitfire and Lancaster were assembled in their thousands.

After WW2, Crewe became the home of Rolls-Royce Motors, which included Bentley as the production of these fine vehicles had been transferred from Derby.

Superb quality and attention to detail are the hallmarks of these globally celebrated cars. This book not only details the five generations of Rolls-Royces and Bentleys built at Crewe, including the Silver Cloud and Silver Shadow, but also chronicles the company history, and the affair which led to the two marques being separated in 2003 when Rolls-Royce was acquired by BMW and moved to Goodwood, and Bentley, remaining at Crewe, was sold to Volkswagen.