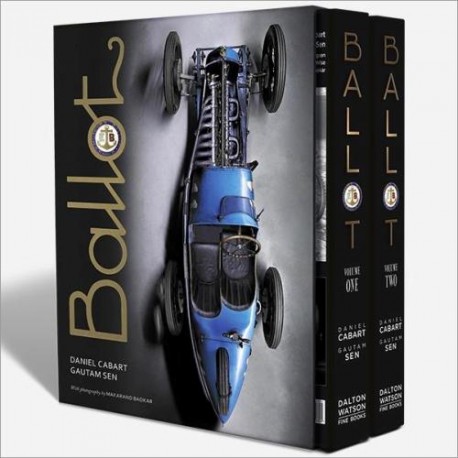 The fastest cars in the world in 1919! Four Ballot racers – featuring cutting-edge, straight-eight engines with DOHC and four valves per cylinder – entered the 1919 Indianapolis 500 race, but came away with results that belied their potential. However, triumphs soon followed, including a second place at the 1921 French Grand Prix, a win at the first Italian Grand Prix a couple of months later, and then further successes in over 300 races and hillclimbs.
Ballot racing engines were copied by Miller, Offenhauser and Sunbeam, and inspired Duesenberg. The Ballot sports cars were an inspiration for the Bugattis, Alfa Romeos, Bentleys, Delages and other specialised, high-performance production cars that were to take the sporting world by storm in the later 1920s, and they were unarguably the ancestor of all modern sports cars, being the first to be produced in series with a twin overhead camshaft engine and four valves per cylinder. Prominent coachbuilders, from H.J. Mulliner to Figoni, clothed their sporting chassis with imaginative designs, many of which are featured in these volumes.
This book is about Ballot the company and its founder, Ernest Ballot, as well as paying tribute to Ernest Henry, the man behind the engines, and the many brilliant racers, designers, and innovators associated with Établissements Ballot, one of the greatest of all French automotive marques that time has almost forgotten.
Topics covered include: