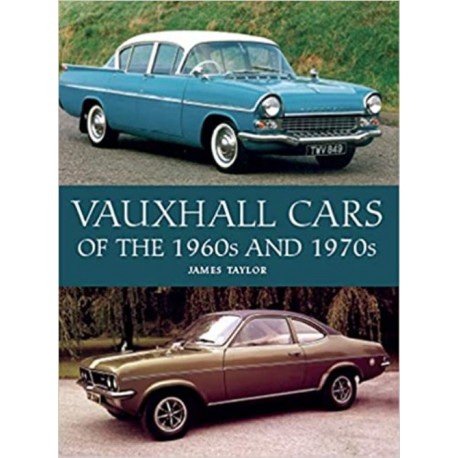 Vauxhalls held a special place in the British motoring scene of the mid-twentieth century. Solid, reliable and respectable, they were carefully designed to meet the expectations of buyers and also to meet the global ambitions of General Motors in America, the company that owned the Vauxhall marque.

Sometimes American influence went too far, but at other times it allowed Vauxhall to keep a step ahead of its competitors. Vauxhall Cars of the 1960s and 1970s covers just over two decades of Vauxhall history that saw Vauxhall producing a succession of fondly remembered models, including some genuine classics. It opens with the two new models for 1957, the F-series Victor and PA-series Velox and Cresta, and ends with the last FE-series Victor in 1978.

By then, other new models had come along, but these were a different breed of car that originated with Opel in Germany rather than with Vauxhall itself. The period began as Vauxhall expanded from making one basic range with two different engines to making two separate ranges that were free to develop individually. The smaller of these ranges was the medium-sized Victor, and the larger provided the Velox and its luxury derivative, the Cresta.